So What Is A Life Coach? Can You Be a Life Coach AND Have a Full-Time Job?

How To Make a Career Change After 40 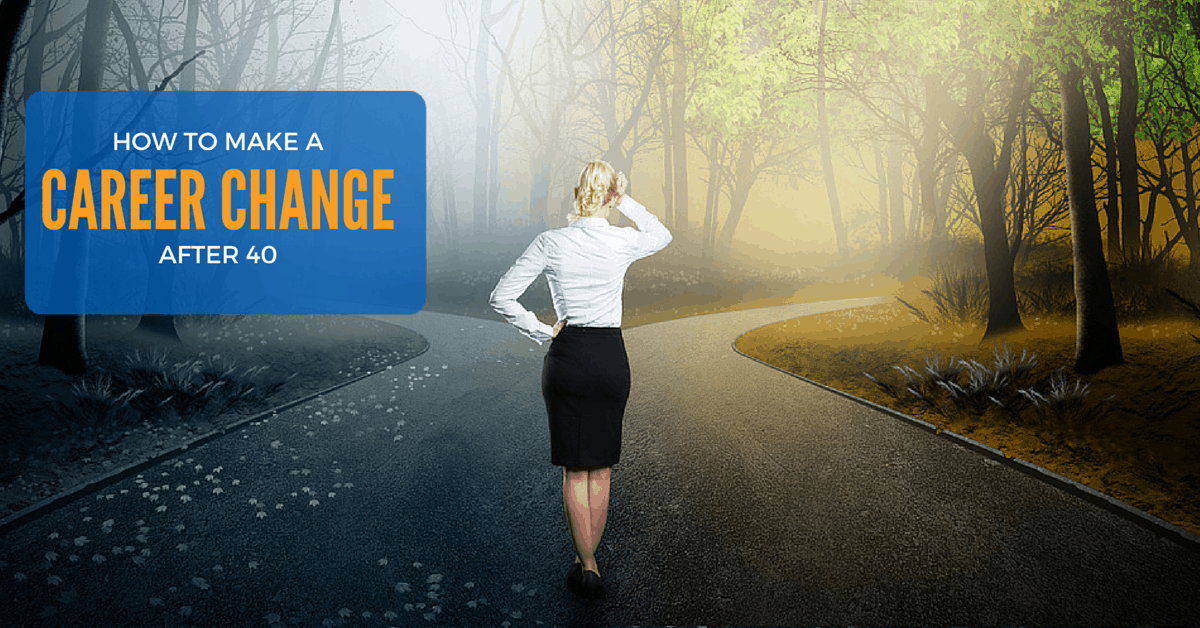 Making a career change after 40 may seem daunting, unrealistic, or unwise, but we’re here to tell you that you were meant for a greater, fuller and freer expression of life.

Is this the right time for you to make a career change?

Perhaps you’ve been working a job that you like well enough, but you’re just not sure it’s something you want to do for the next ten or twenty years. Or you’re in a career that feels limiting, and you know that you were meant for more.

Or maybe you’re in a career where you aren’t really sharing your best talents or gifts with the world, or you know that you can’t advance any higher than where you’re at right now in your company.

For these reasons or others, you’ve been starting to think about making a career change. This had led you to finding this blog and video.

Up to this point, you have not taken action towards making that career change. In my experience, that “stuck” feeling you are experiencing is typically due to one of three reasons:

NOTE: Register for this free webinar on heart-centered life coaching to find out if life coaching would be the right career for you!

Career Changes Are Not Easy

It is not easy to let go of a career or a position in a company. You know your job, you’re used to it, and there’s a certain amount of comfort in the familiarity of it.

Deep down, however, you know that voice won’t go away. If you’re not fulfilled, that voice will not be silenced. You will continue to wonder, “Is this all there is?”

I’ve attended more than 500 funerals in my life because I spent the first portion of my professional career as a minister. I saw lots of people taking the last few breaths of their life. Not too many regretted what they did do in their life. Instead, they regretted not living the life they could have led, the chances they didn’t take, and the opportunities they didn’t step into.

You don’t want to have regrets. You know it and I know it. That’s partly why you’ve been thinking of making a change in your career.

So where do you start?

The Process of Making a Career Change After 40

The process of making a career change begins with asking yourself the following questions:

I have helped many, many people in the last several decades make changes in their career, most of whom were over the age of 40.

One such client, Tony, told me that when it came to his job, he had to check his soul at the door of the corporation he worked for every time he went there. However, he had a wife and two little children to support. The enemy of great is good, and his job provided him with a good benefits and a salary of $150,000.

We helped Tony discover what he would love to do and be good at doing with his talent for analysis. We helped him make small, but sequential moves and put himself in harmony with a life that he would absolutely love.

Today, about three years later, Tony owns two businesses and does consulting for corporations like the one he used to work for. He loves his work and his life. He’s no longer making $150,000 a year. He’s making three or four times that amount!

This could happen to you, too

You can look at your calendar at the beginning of the week and proclaim, “I love my life!”

When you put your head on the pillow at night, you can feel grateful for the work you did that day and the difference you were able to make in the world.

One of the possibilities for a new career might be that you could become a life coach and help other people get free and unlock their potential.

Whether you decide to become a life coach or get coaching yourself, know that you CAN make a career change after 40. Do not let fear or doubt or worry stop you. You can make that move you want to make, if you just learn how.

Now is the time to make that career change. Schedule your spot in this free life coaching workshop and find out if a career in Life Coaching is right for you.

2 Responses to How To Make a Career Change After 40